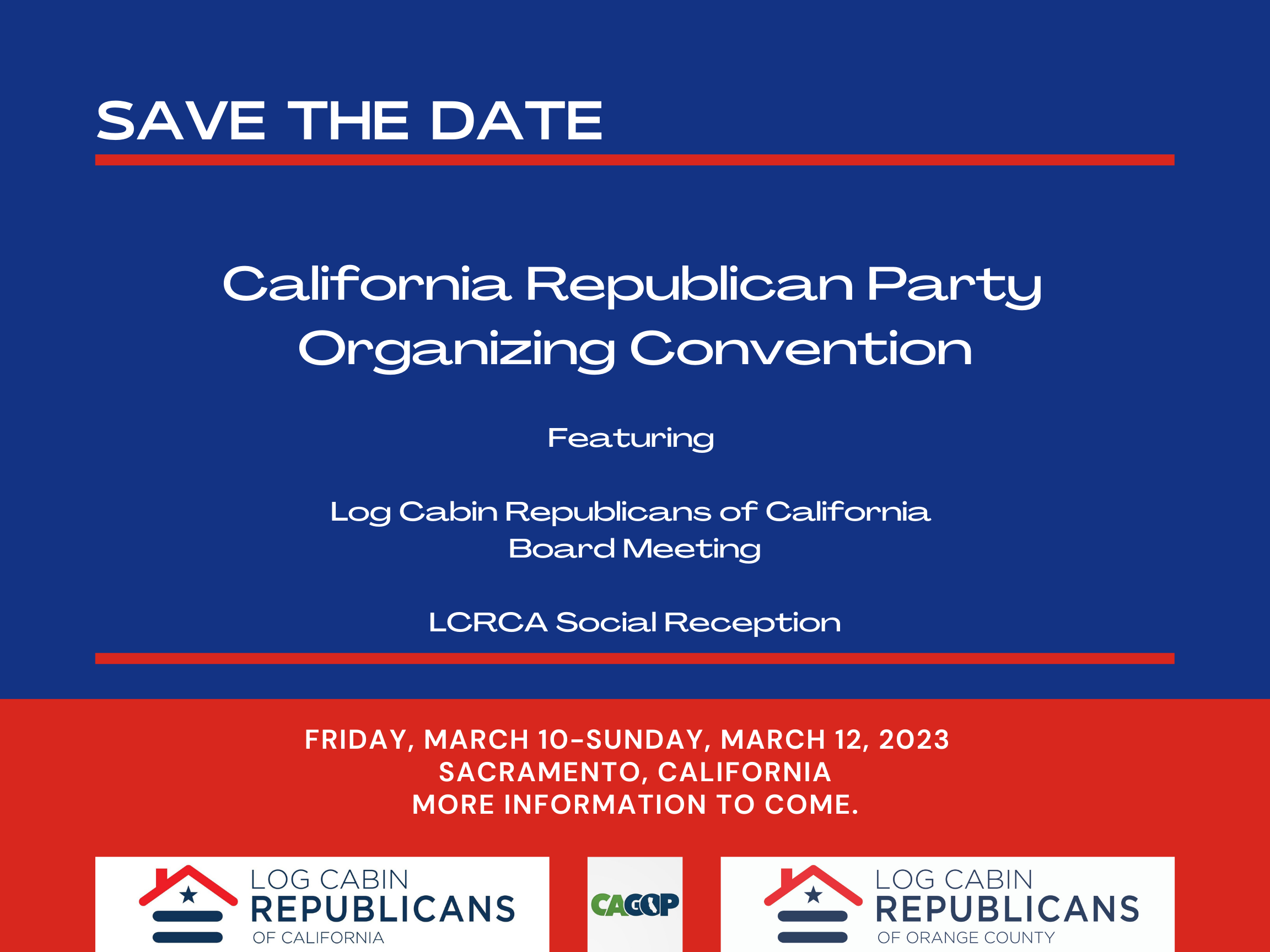 "The California Republican Party (CAGOP) Organizing Convention is coming up March 10-12, 2023 in Sacramento, California.  The CAGOP meets...to conduct business relative to the governance of the organization.  Guests include members and delegates of the statewide political party, elected officials at the state and national level, volunteers, credentialed press/media, vendors and campaign staff. Attendance ranges from 1,000 – 1,500 attendees.  At the upcoming organizational convention, delegates will be voting on a number of key items, including a number of statewide and regional party offices." (California Republican Assembly). Opportunities for training and education in political matters, leadership, and civics will also be available.

Board of directors for Log Cabin Republicans of California will meet during the convention weekend.  LCRCA is the statewide chapter that helps plan events, communicate viewpoints, and represent members from all chapters within California.

Additionally, LCRCA will host a social reception during the convention to celebrate the accomplishments of the organization, network, and hear from key speakers.  We invite you to join us at the CAGOP Convention.