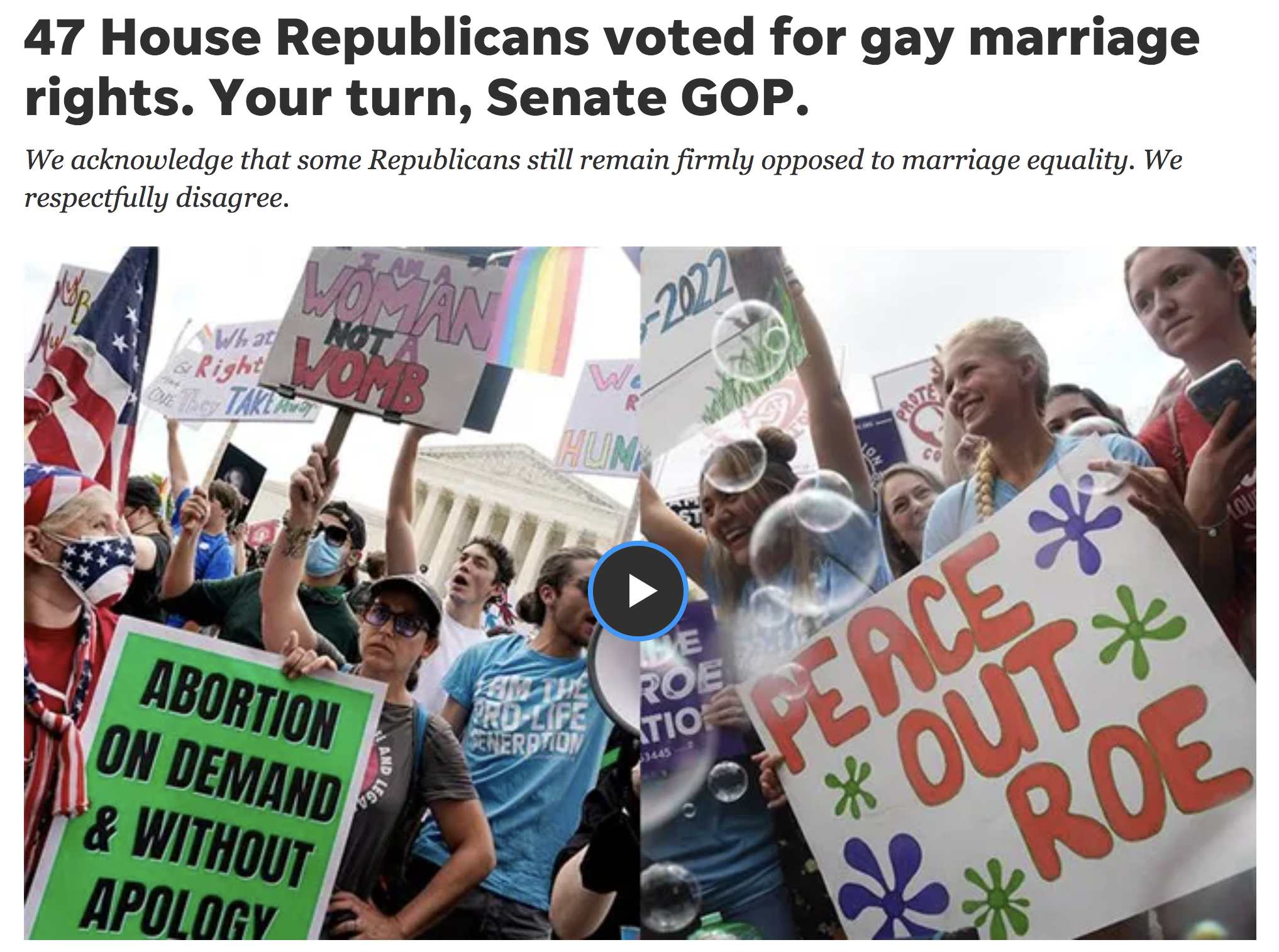 Currently, LCR leadership and members from across the nation are asking every Republican Senator to support The Respect for Marriage Act, S. 4456l. Chapters located in states with Republican Senators are urging a YES vote on the act from those Senators.

Phone calls and messages to Senators will be recorded by their staff and interns, if the caller or sender of the message is a constituent. Please do not contact Senators from outside of California. Senator Diane Feinstein [Democrat-California] introduced the act on July 19, 2022. Senator Alex Padilla [Democrat-California] stated his support for the act.

Key Notes Regarding the Respect for Marriage Act

● The Respect for Marriage Act, S. 4456, codifies the Windsor ruling and certain protections under Obergefell, yet it does NOT codify Obergefell.
○ Repeals DOMA.
○ Some states have trigger laws banning same-sex marriage if Obergefell was
somehow overruled by the Supreme Court, this bill would guarantee federal
protections for same-sex marriages performed in other states.

● The Republicans leading the charge in the Senate are both Susan Collins (R-ME) and Rob Portman (R-OH).

“The fact that almost a quarter of House Republicans voted for the Respect for Marriage Act should be celebrated as a turning point. Now we are encouraging Senate Republicans to do the same.”--Charles Moran, National President of Log Cabin Republicans. Click here to read the full article in USA Today.

To learn more about the bill go to https://www.congress.gov/bill/117th-congress/senate-bill/4556.

Your continued support and participation in Log Cabin Republicans is valuable. Please stay informed, track the bill, and we look forward to seeing you at our next event.