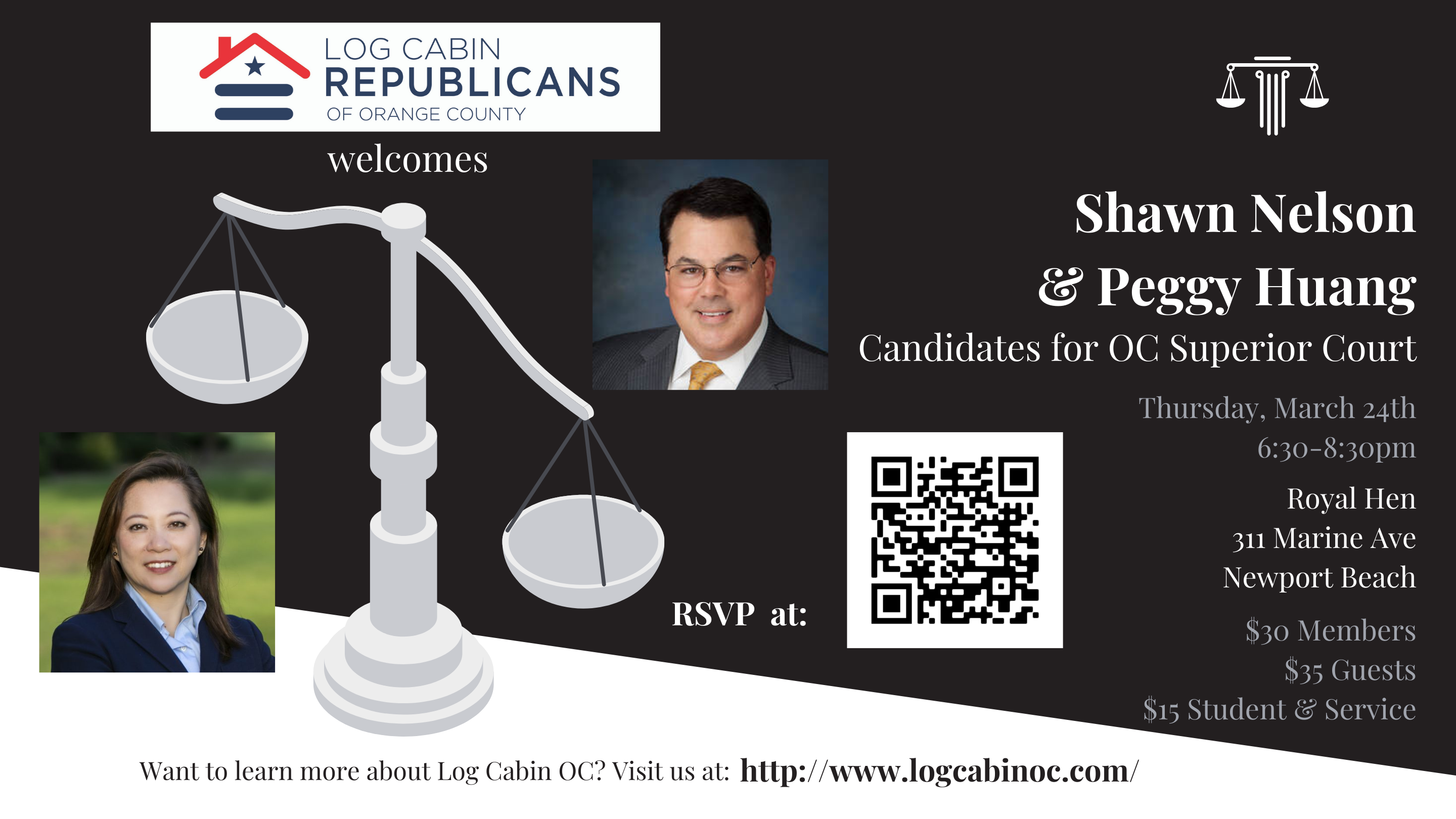 For over two decades, Shawn Nelson has served the citizens of Orange County as both a practicing lawyer and as an elected official. Currently he serves as the Chief Assistant District Attorney for Orange County.

Prior to that, Shawn was a member of the Orange County Board of Supervisors, Fullerton City Councilman and partner in the law firm Rizio and Nelson. Shawn also served on the Orange County Water District as a Director (2002-2009).

Shawn earned his Juris Doctorate at Western State University in 1996 and attended University of Southern California, where he earned a B.S. in Business in 1988. He has also served as a Youth Football Coach and resides in Fullerton with his wife and has three children.

Peggy Huang was born in Taiwan and eventually came to America when she was seven years old. Peggy graduated from University High School in Irvine. She graduated from UC Berkeley with a Bachelors Degree and earned a Juris Doctorate at the University of the Pacific, McGeorge School of Law.

Peggy interned with the Senate Judiciary Committee and worked on bills in the areas of family law, domestic violence, and child abuse. During her years in law school she interned at the schools’ Community Legal Services and worked on family law and small claims cases. She also interned at the Sacramento County District Attorney’s Office’s domestic violence clinic where she helped victims get restraining orders. Peggy also worked for Family Services of America in Washington, DC, where she worked on the Welfare Reform Act; specifically, the child welfare block grant. Also, Peggy worked on the Adoption Assistance Act and the Illegal Immigrant Reform and Immigrant Responsibility Act. She also worked at the United States Attorney’s Office.

For the past 11 years, she has been the president of the Board of Directors for Lifesteps Children and Family Services. Peggy currently serves on the Yorba Linda City Council, Transportation Corridor Agencies and Orange County Mosquito and Vector Control District. She is also on the SCAG Board and chairs the Community, Education, and Human Development Committee and the RHNA Subcommittee.

Hors d'oeuvres will be served with a no-host cash bar.

Street parking is available on Marine Avenue, adjacent side streets, and residential area.

Discounts available for Students and Service members (both past and present)